The Northside Action Team (NAT) is:

NAT was formed in 2008 during the Barack Obama Presidential Election, along with dozens of other teams around the state of WI. The election approach was a grassroots organizing one, with the idea that local teams were best equipped to organize and get out the vote in their own communities, and also that these networks of volunteers would stay in place over time instead of starting over to build a volunteer base each election cycle. This model has shown to be a successful way to engage volunteers and win elections, despite intense gerrymandering in WI since 2010. There are currently over 250 teams like NAT around the state of WI, and apparently WI is one of the only states with this type of field network in place at this time.

NAT is not a formal organization such as a 501c3 and does not have a bank account. We use various tools to communicate and keep track of volunteers such as the MailChimp email newsletter with 560+ names, the natmadison.org website, a database list of volunteers, and social media platforms (Facebook, Twitter, and Instagram.)

NAT coordinates our activities with the Democratic Party of Wisconsin (DPW) , the Dane Dems, and of all the other volunteer teams in Dane County. While we are not formally part of these organizations, we affiliate with them and rely on them for resources. Typically it is through DPW and Dane Dems that we work on campaigns rather than coordinating directly with the candidate.

By working with the Democratic Party of Wisconsin, we have access to:

NAT’s success is due to its leaders and volunteers and our ability to get out the vote. Plain and simple. 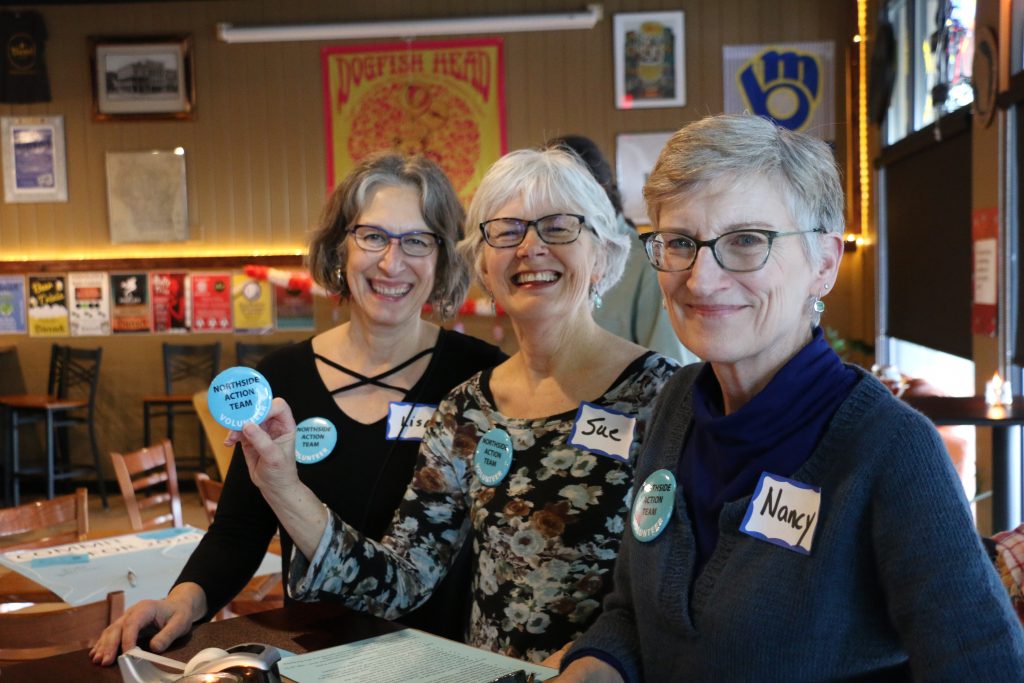 TAKE ACTION AND VOLUNTEER to help work towards a more progressive future.